Charlie Javice, Co-Founder and CEO of Frank is shaking up the financial aid industry. By offering an online platform designed to fix FAFSA, the Free Application for Federal Student Aid, she’s garnered 300k users and 15.5M in funding in less than two years of full operation. I sat down with Charlie to discuss the company’s auspicious beginnings and her vision for more affordable education.

Let’s be frank, college is expensive

The struggle is real, folks. Student debt in the U.S. is at a staggering $1.5 Trillion. That number has tripled in the last ten year alone. Rising interest rates and tuition combined with stagnant wages have left millions of graduates facing debt they are ill-prepared to manage.

According to a study by the Wall Street Journal, 74% of borrowers don’t know how long they have to pay off their loan, 53% don’t know what their monthly payment will be, 59% don’t know how much of their income will go towards repayment, and 40% aren’t making payments on their loans at all.

Borrowers’ inability to manage this debt has delayed their ability to begin life after graduation. Over 55% of millennials reported delaying their decision to purchase a home and 43% reported delaying the decision to start a family. This all boils down to student loan debt being the number one financial concern for millenials. Yet, where there is problem, there is opportunity. A surge of startups like Chipper and Student Loan Genius are taking aim at student debt.

However, while most of these startups focus on helping borrowers pay down the debt they’ve already accumulated, Frank is taking an alternative approach.

So, what is Frank?

A NerdWallet study from 2016 indicated that students left $2.7 billion in free federal Pell grants on the table by not completing FAFSA information.

Frank’s online platform is designed to fix FAFSA, the Free Application for Federal Student Aid and assist students in seeking financial aid for pursuing higher education. Frank’s platform lets its users register and update basic information on qualification, family income and earning prospects, file a form which determines eligibility for grants, loans and work-study programs and gain access to scholarships and tuition fees for a given period, enabling students to receive financial assistance for completing their higher education during or prior to gaining admission in colleges, thereby making college education affordable.

“Just like how your SAT scores don’t tell your full admissions story, your FAFSA award does not tell your full financial story” – Charlie Javice, Co-Founder/CEO of Frank

Frank’s discrete offerings can be boiled down into three primary services:

Frank’s business model is my favorite part about the company. Even Billy Mays would struggle to sell something to a customer demographic staring down the barrel of student debt. By only charging a fee if they obtain more than that fee in additional aid, they’ve created a win-win model that makes trying the product virtually risk-free for the consumer. This type of symbiotic business model  shows the company is both creative and empathetic with their customers. They found a unique method to entice customers who may be well below the poverty line to sign up for a $500 service.

They see financial aid appeals as beneficial to schools as well, allowing them to make more informed decisions when it comes to aid awards. Javice states their goal is not to extort schools for more financial aid funds, their goal is to help students make their case clear. Just like how your SAT scores don’t tell your full admissions story, your FAFSA award does not tell your whole financial story.

So, we know student debt is at $1.5 trillion, but how much of this translates to Frank’s potential market? Not all of this debt even qualifies for aid. In order to do so, you must attend a Title IV federally funded school. This means students at for-profit schools, for example, don’t qualify and can’t use Frank’s services. Of the 44 million individuals in college, about 20 million are attending qualified schools. Then you have to consider the sad reality that only half of qualified students even go through the process of submitting a FAFSA application.

According to Charlie, these numbers boiled down to roughly 1.8 million incoming students applying for financial aid last year. This quantity at $500 per student comes out to a $900 million market size. But then tack on the 8 million existing students who apply for aid each year (and aren’t graduating) and total market size comes out to roughly $5 billion.

Early indicators are positive. They’ve raised 15.5 million in funding and achieved 15% penetration of the 1.8 million incoming student class within their first full year of operation. That equates to roughly 300k users; a number no investor would balk at. These users are valuable not just for the fees they’ve paid, but for the data they provide. Frank plans to use this data to craft and cater products and services to users in the long-term.

This is the opportunity Frank is best positioned to take advantage of. Whereas successful startups like SoFi position themselves to help students with their debt after graduation, Frank positions themselves upfront in the customer lifecycle. They capture customers before they even matriculate and plan to build long-term relationships with them. Establishing that level of trust and comfort so early on will be a key differentiation as the student lending space becomes more saturated and Frank diversifies its product portfolio.

Yet, Frank still is faced with the challenge of operating in a highly regulated environment. The changing administration doesn’t help. The department Javice primarily interfaces with has changed over personnel twice since Trump took office. They also haven’t been able to fully integrate the FAFSA process onto their platform. Compliance issues preclude them from creating an FSA ID which is required for the FAFSA application, so users still have to migrate outside the site for at least one step in the process.

These regulatory issues are challenging, but as Javice puts it, “I don’t lose sleep over factors I can’t control”. 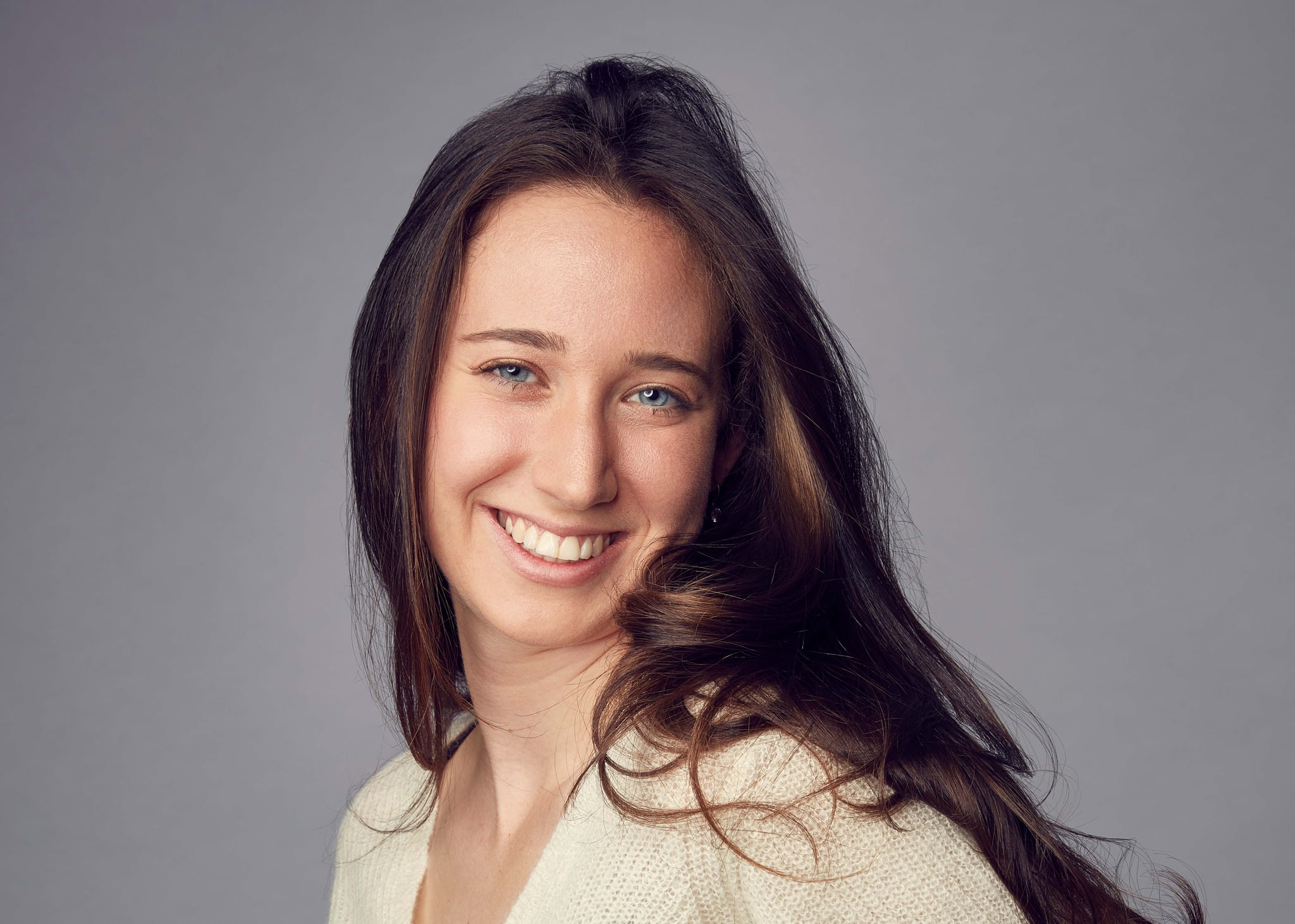 Charlie Javice is only 26 year old. She graduated from the University of Pennsylvania in 2014 and in four years, she’s created a startup with $15.5 million in funding and 300k users after less than two years of full operation.

While Javice may be young, she has a history of entrepreneurship in the space Frank operates and personal connection to the company’s mission. Before Frank she founded multiple companies including PoverUp, a social-impact venture focused on microfinance that was named one of Inc.com’s Coolest College Startups of 2011. While at Penn, her parents argued with the university for over two years for additional aid to help with the lofty cost of attendance. She saw herself and her classmates struggling with this common issue and wanted to do something about it.

At first, Javice envisioned creating a better credit scoring system to lower the cost of loans for students. She worked on this idea for two years after graduating; securing potential customers, partners, and building out her team. Unfortunately, only a few months before launch, legal counsel informed her that the company would need to be regulated as a credit-scoring agency, an approval process that would require millions of dollars they didn’t have.

So like any good startup story, Frank underwent a major pivot. Javice had to let go 11 amazing people, change co-founders, and come up with the angle for Frank. A brutal experience that yielded extraordinary results. But if you have the chance to speak with Javice you’ll have no problem understanding how she did it.

“…financial aid awards today are used as more of a marketing tactic than an aid-tactic…”  – Charlie Javice, Co-founder/CEO of Frank

Speaking with Javice was an illuminating experience. I headed into the conversation expecting to talk facts and figures behind the company and its customer base, but Javice was squarely focused on the mission the organization has set out to accomplish. As she puts it, financial aid is the most opaque pricing market in the world – even worse than healthcare where prices are required to be published no matter how erratic.

The way Javice sees it, financial aid awards today are used as more of a marketing tactic than an aid-tactic.  Schools use financial aid to entice top-tier admits rather than provide much needed relief for low-income families. According to a study by the New York Times, many elite schools have more students from the top 1% of family income levels than the bottom 60%. On top of this, your financial aid amount is based upon your family income level from two years ago. If one of your parents lost a job less than two years before you matriculate, your aid amount won’t reflect that.

Javice sees Frank as an opportunity to right these wrongs. Their customer base is 50% first-generation college students, 70% women, and usually come from household incomes between 30k-90k. With a net promotor score above 80, their enthusiasm and appreciation for Frank’s services is clear.

If you can’t already tell, it’s safe to say Javice has converted me into a believer. I’m excited to see what comes next for Frank as they prepare to roll-out a monthly membership with perks and a financial aid advance for students who may wait up to 6 weeks to receive their aid so they can pay for books or rent in the mean time. If tactics like these help retain their early customers throughout their entire loan lifecycle, Frank has a bright future ahead of it.

Johnny is a first year MBA at Wharton exploring all things entrepreneurship. His experience as a technology consultant at Deloitte fostered a passion for exponential technologies that he is committed to pursuing. Whether it's leading Wharton's entrepreneurship club, scouting for StartU, or pursuing his own startup; John prides himself in the deep level of involvement he has attained within the startup ecosystem at Penn. John also hosts StartU’s podcast and apologizes in advance for his amateur MC skills. When he’s not nerding out on tech and startups, John enjoys making his own hummus or hiking the Appalachian Trail. You can reach him at john@thestartu.com.
Category: Penn, Series A, SoftwareBy John HammondJune 23, 2018Leave a comment

Johnny is a first year MBA at Wharton exploring all things entrepreneurship. His experience as a technology consultant at Deloitte fostered a passion for exponential technologies that he is committed to pursuing. Whether it's leading Wharton's entrepreneurship club, scouting for StartU, or pursuing his own startup; John prides himself in the deep level of involvement he has attained within the startup ecosystem at Penn. John also hosts StartU’s podcast and apologizes in advance for his amateur MC skills. When he’s not nerding out on tech and startups, John enjoys making his own hummus or hiking the Appalachian Trail. You can reach him at john@thestartu.com.